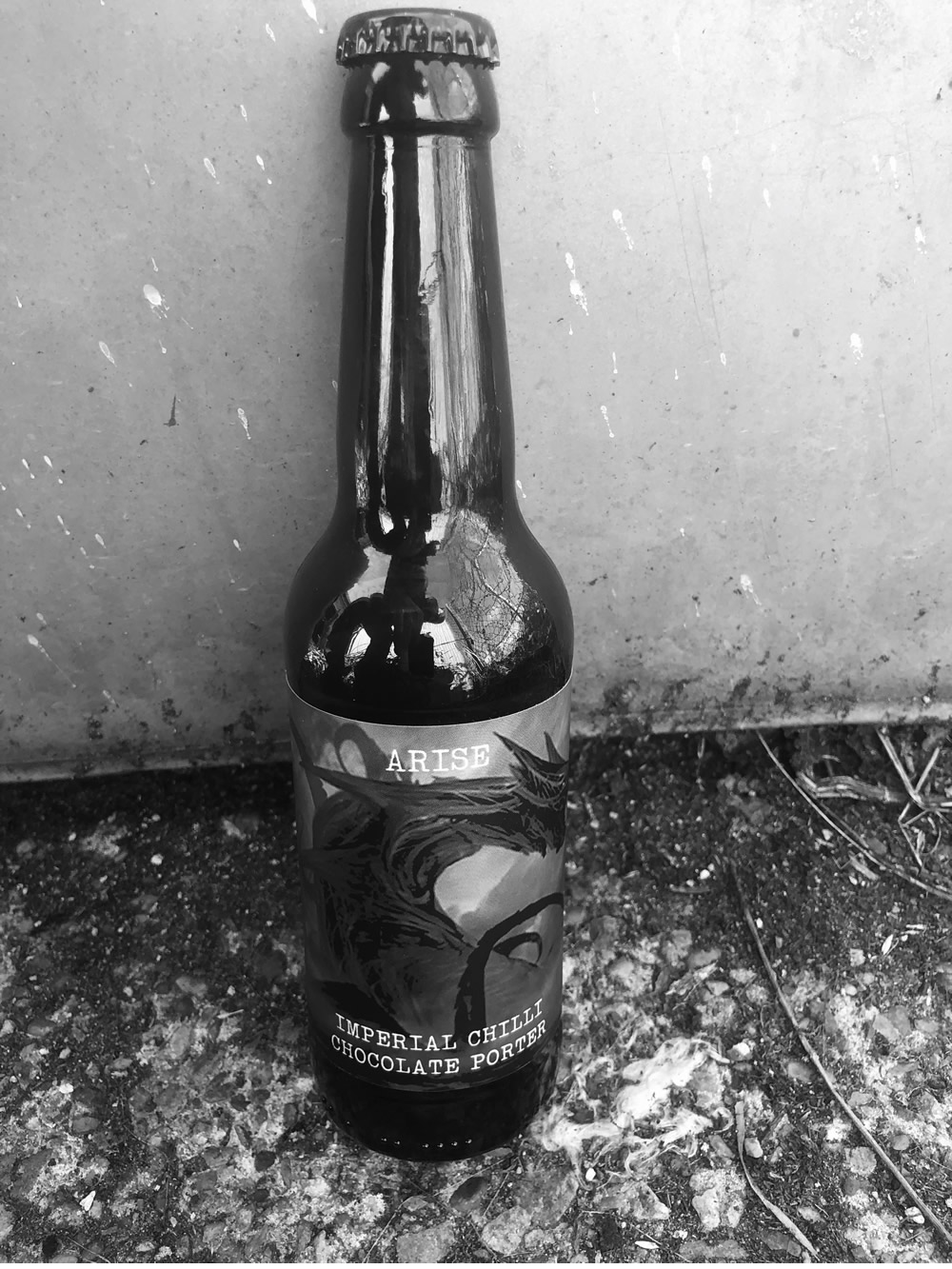 Arise was the first beer we brewed commercially. We'd been asked to supply a beer for the launch event of the first Stout Wars Trilogy of beers - a collab between Emperor's Brewery and Steel City in Sheffield.

As this was our first ever commercial beer and effectively the launch of our brewery, we were looking for something referencing the rise of the Leviathan, hence the imagery we have used and the inspiration for the name of the beer from 'Arise' by Sepultura.

The beer flavour combination was an idea we came up with after eating a bar of dark chocolate with the same additions of sea salty and chilli!

Under a pale grey sky, we shall arise!

We're thrilled to announce our Tap Room will be opening on April 12th and we are now taking bookings.

For more information and to book a table, head to our EVENTS page www.leviathanbrewing.co.uk/events/