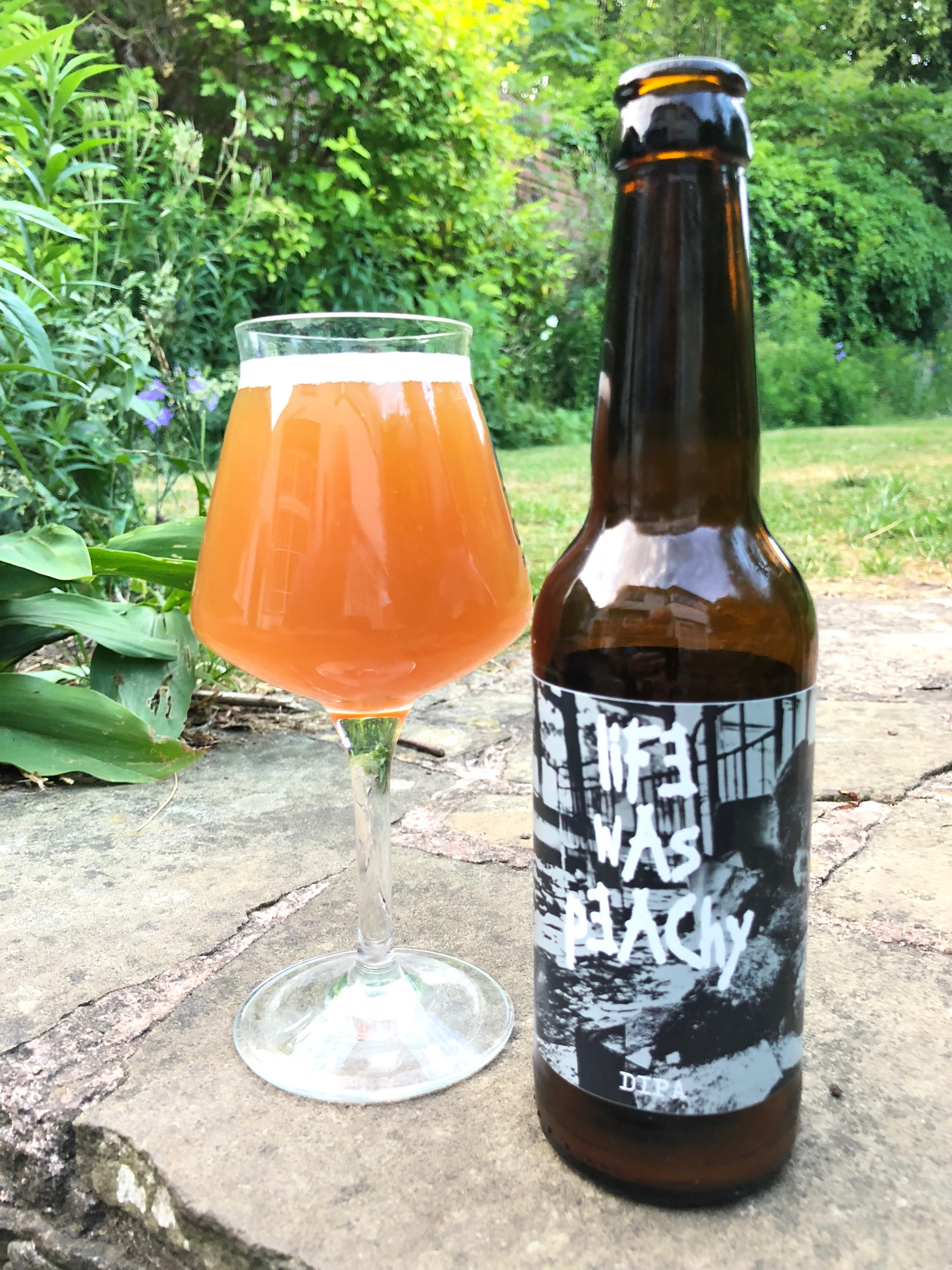 Life Was Peachy is tropical punch of a DIPA. We set out to brew something big and juicy, but with a supporting malt bill that was a nod to more traditional style IPAs.

A big pale malt base was complemented with a hefty dose of oats and flaked barley for a fuller body before the addition of Amarillo, Galaxy and Mosaic late in the boil / whirlpool and a big dry hop of Amarillo, Citra and Mosaic.

In a world dominated by big New England style juice, we wanted to brew something kind of in between this and the more malt forward IPA styles. We were listening to Korn's 'Life Is Peachy' and thought 'Life Was Peachy' was a fun twist on this and it was appropriate for what we were trying to achieve with this beer.

Another of Korn's albums features a child playing on a swing, so we started looking for imagery related to childhood, a time of innocence and when for most ''Life Was Peachy', but something that still had that darker, more sinister edge that we like. We feel we found exactly this with the imagery used for this beer - a scorched Teddy Bear in an abandoned Orphanage, near the site of the Chernobyl disaster.

We're thrilled to announce our Tap Room will be opening on April 12th and we are now taking bookings.

For more information and to book a table, head to our EVENTS page www.leviathanbrewing.co.uk/events/